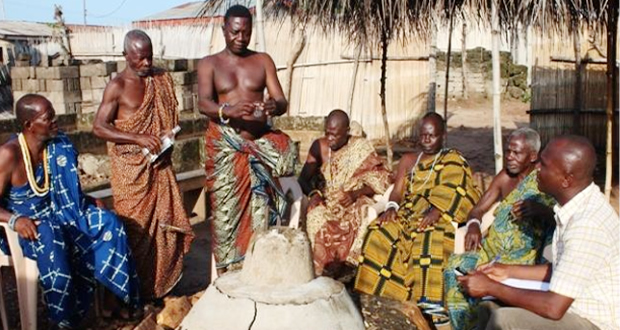 The African has been a creator, performer and a lover of verbal art for centuries.

He has created and handed down (orally) to successive generations an organic library of songs, poems, narratives, proverbs, riddles and many other oral literary forms, such as appellations.

In our African societies, appellations, as well as many other oral literary forms, do not only show their aesthetic qualities and values through their literary devices, but also they contribute in the moral up-bringing of the African child, and play some other important roles in the field of language and culture.

The role of the genre in socio-cultural development of the people of Asogli cannot be overemphasized. In this study, I use Sapir-Whorf linguistic relativity hypothesis to discuss the sociolinguistics of the appellations in the Asogli state in the Volta region of Ghana.

Appellations can be said to be identifying word or words, by which someone or something is called and classified and distinguished from others. The research is aimed, among others, at tracing the source of the appellations, bringing to light the meanings of the appellations, and find out the spiritual connotations and beliefs surrounding them.

It is also important for this study to identify the place of these appellations in the lives of the people of the Asogli state. Having drawn data from all the traditional areas that make up the original Asogli state, I carefully analyzed it, using descriptive method.